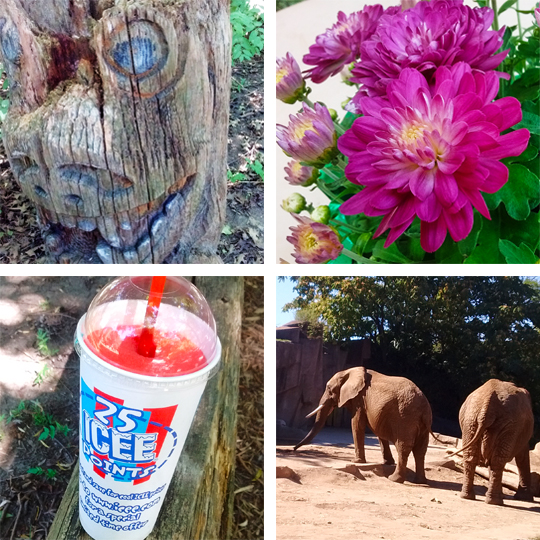 I have been playing this game for a while now. I haven’t really thought about it until right now. It seems like the game has only been out for a short time, but it has actually been a few months. I’ve heard there is a certain level of fatigue but I am still enjoying playing.
So last week I was SO excited to go play after work on Friday. Work has been a bit stressful lately. I have been developing a new website and there has been a lot of pressure to get it done as quickly as possible. So I was able to leave work before noon due to an abundance of hours put in on the new website. I had my money, my new battery backup, my change of clothes…and I had a cold. A lousy head cold. Due to the long hours and visiting visitors, my sleep was lacking and a cold took up residence in my skull.
Alas, I was not going to give up. I stopped by the local store on the way to the Zoo and grabbed some Dayquil and went anyway. It was the start of Labor Day weekend so it was way busier than I was expecting but not too bad. The weather was just about perfect so I was able to walk around and play at my leisure. The cold started to catch up to me after about an hour so I helped myself to a Chicago Style Hotdog and just enjoyed the weather. It was too busy to enjoy the cat building, although the tiger was very active. Some of my favorite trips have been going in the cat house alone and feeling actual fear when the cat looks at me through the glass. When people say, “You don’t have to be faster than the predator, you just have to be faster than the guy next to you,” I know exactly what they mean while standing there alone.
While playing I noticed there was a woman who I kept bumping into. She was there doing the samething I was. Just hanging out playing Pokémon GO. I don’t know if she had a good time but I know I did. I do have to admit though, next time I go out I think I’m going to try a new park, because there will be snow on the ground before you know it.
Milwaukee Printing