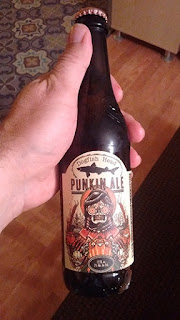 I like beer. Nope, that is incorrect. I love beer. Probably a little too much. I have a habit of making things a habit. This is something that I know about myself. When I take an interest in something I explore it to its limits. Beer is a good example. I will not drink Budweiser or Bud Light. I will not. I would much rather drink water. I will occasionally drink Miller, but that is unavoidable in Milwaukee. I like what is becoming know as “hobby” beers or “craft” beers. That is a bit of a misnomer, especially here in Milwaukee. We have a few local breweries that are actually quite big. MKE is one that I like. Their staple Louie’s Demise is my go-to. One thing I cannot stand are flavored beers or alcoha-pops. As far as I’m concerned Mike’s Hard Lemonade is one of the worst things to happen to alcoholic beverages. There is a reason they market to “manly men” and that is because no self-respecting human, more less man, should ever drink one.
I like all kinds of beer: dark, ambers, pilsners, even IPAs. I know IPAs are an annoying trend that needs to die, but I will order one EVERY SINGLE TIME I find myself in a bar. 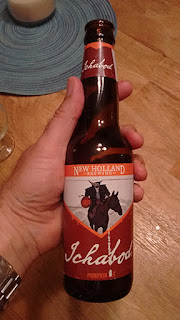 So now we find ourselves reaching the time of the year known as Fall or Pumpkin Spice Season. My wife loves pumpkin beers. When they finally hit the shelves she jumps around like the new phone book is here. As I mentioned above, I do not drink flavored beers… Then I started noticing who was brewing the beers. Her favorite is brewed by Red Hook, but for some reason Red Hook is really hard to find in Milwaukee. So she has been trying other kinds. I gave in. This weekend I joined in the fun. I put aside my fuddy-duddy notions and bought in. And you know what? They were pretty good. The ones that she likes are more about beer than pumpkin. The pumpkin is an enhancement instead of the main event. That is what bothers me so much about drinks like Mike’s. They are just hiding the alcohol with really sweet juices. I got enough of that in dank college basements. I am an adult. My goal isn’t to just get hammered.
Maybe I’m just trying to justify my actions but I’ve found a few that were pretty good. I find that generally if the label describes the beer’s attributes and then mentions the subtleties of the pumpkin and various spices it is generally better. The other thing that seems to help is a hefty price tag. If you want some of the better ones, get ready to pay $10 or more for a six-pack.
Anyway, it was something fun that I have been experimenting with, but like Pumpkin Spice Everything, a little goes a long way.
High-Quality Milwaukee Printing
Online Digital Printing