Home » #inktober » Anatomy of a Drawing
So I had an idea for a drawing. Actually it started with the desire for really expensive pens. Every time I go perusing art supplies I see these really expensive Copic pens. Some places actually lock them up. They are around $8-$14 dollars a pen. I have problems doing washes and would like to get better at doing them but I hate wet paper. The way paper wrinkles and curls when it is wet drives me crazy. That is the sole reason I cannot stand watercolors. I thought I would find some nice light grey pens or markers to add some new dimension to my drawings. I then started thinking about the moon. The moon has a lot of texture and would be good for experimentation but I didn’t want to just draw a moon. I did some sketching and came up with this. 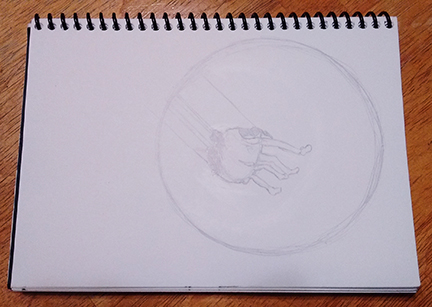 It is rough I know but I like the idea of dealing mostly with negative space. At this point, I’m a little worried that I will not be able to pull this off. Matt Groening once said that the key to good character design is to create a character that is immediately recognizable by only his/her silhouette. That sounds really simplistic and it is. So much can be portrayed with a silhouette but it has to be right. As you can see I was a little intimidated so I started with the outside. 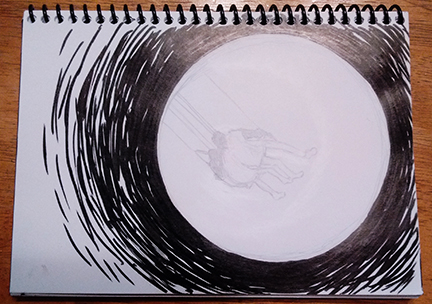 I really liked how that turned out…except for that thumbprint. 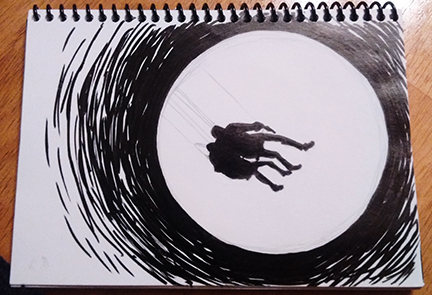 Filling in the people, I took some liberties. Some of them worked some not so much.
Remember that pen I mentioned. Apparently I was a little too conservative with my choice. I bought a light grey pen. When I used it, it was too light. Even going over the same area multiple time it really didn’t show up. It might work better as a first step but I would need a darker pen to layer on top of it to make it really work. This is what I ended up with… 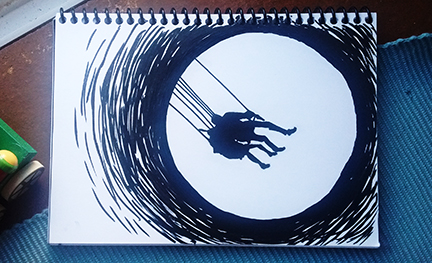 This is more of what I had in mind… 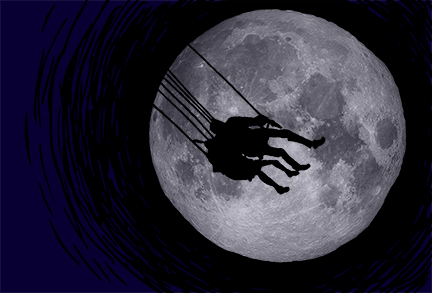