Home » Uncategorized » Wrapping up with Mario 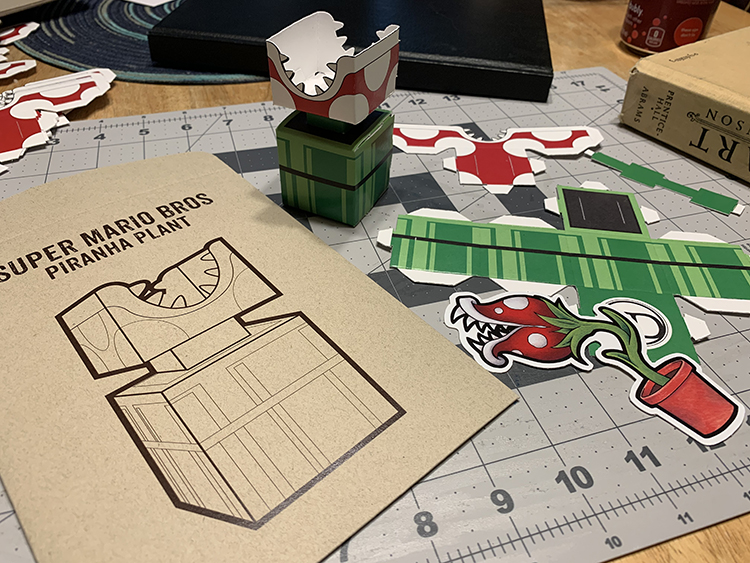 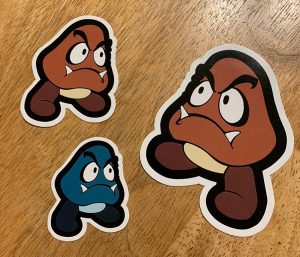 I moved around alot as a kid. This sometime left me isolated from others. It can be hard making friends when you move to a new town at the beginning of summer. I did alot of skateboarding. It kept me out of the house exploring and getting to know my new neighborhoods. When I was at home I was fortunate enough to always have a computer around. I would play computer games like King’s Quest, The Black Cauldron and Rogue. The only downside with having a techy dad was he always looked down his nose at console gaming. He was way ahead of his time. We had an Atari but when it burnt out he didn’t replace it because we had a nice computer that could play most of the same games and even better ones including Flight Simulators. I have crashed more planes, in more spectacular ways, than you could ever imagine. When the Nintendo came out it was all I wanted, except for a new skateboard. I always wanted a new skateboard. I begged my dad for a Nintendo but it never happened. I was never too upset because my first love was skateboarding and was always a new board, wheels or trucks under the tree or in my birthday gifts. Then we moved…again. 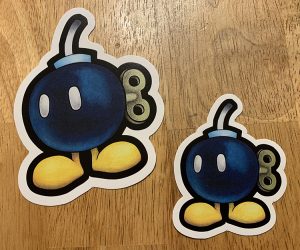 This time it was different. Not quite when we moved to Minnesota from Florida different, but different. Our new house was in the middle of nowhere and we moved there just a couple weeks before the end of the school year. I had no friends. We lived at the end of a mile long dirt road and our drive way was both short and the only skateable surface for miles. Dad promised to build me a halfpipe but once he started calculating lumber costs I got a Nintendo. So I spent that summer fishing, trying to hacky sack, and playing Nintendo. I spent hours playing Super Mario Bros and Duck Hunt. I would freak out when I would pause the game to go fishing for a few hours only to come back and find my mom had turned it off. I spent alot of time playing the Nintendo, especially The Legend of Zelda, but that didn’t come until a bit later. I was all about Super Mario Brothers. When we moved again the Nintendo helped me make new friends. I had another common experience I could draw upon and relate to others. If it weren’t for skateboarding and Nintendo I don’t know where I’d be today. 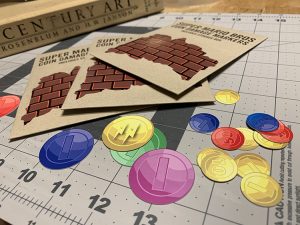 You might know I’ve been drawing different Pokémon lately. I like the simple character designs and the possibilities for manipulating them and doing different things creatively, but I wanted to do something different. I’ve been looking for something that I had a little more connection to. Pokémon was initially popular a little after my time. I never knew anything about them until Pokémon GO. Being that they were new to me I was having fun drawing them but now I need a little break. I have been looking for comfort in old joys, like Cool Ranch Doritos. I haven’t eaten this many Doritos in years, my belly is proof of that. The last time I was a bit isolated and going through a rough patch was in college. I came across an N64 with Mario 64. I spent the summer collecting every star. That dismal summer didn’t turn out so bad and some of that had to do with Mario. With that in mind, I decided that Mario would become my focus once again.

This wraps up my Mario exploration. I’ve done some fun drawings and stickers and even made a buildable, which reminds me, I can’t take full credit for designing the piranha plant. I was looking through an old folder labeled “papercraft” and found an old jpg of it. I cleaned it up and redrew it in Illustrator but I didn’t do the original design. I wish I could credit the creator but don’t know who made it. I really had a fun time with this. I’m sending out a mailing in the next week or two. I just have to print a few more items to round out the kits. I really need to setup an online store. In the meantime go check out my mailing list signup.