Home » Uncategorized » This is not a rant…just an observation

This is not a rant, just an observation. We take art for granted and really do not value it at all. We value scarcity, which is why some art is worth money but we don’t actually value art. I understand this and always have considering my job is somewhat reliant or based in art. They pay me for my technical knowledge, not for the artistic side of my accomplishments. As I said, this isn’t a rant, just an observation. I was out of town this weekend for a little family get-together. We were all just kinda hanging out chatting and I started doodling… 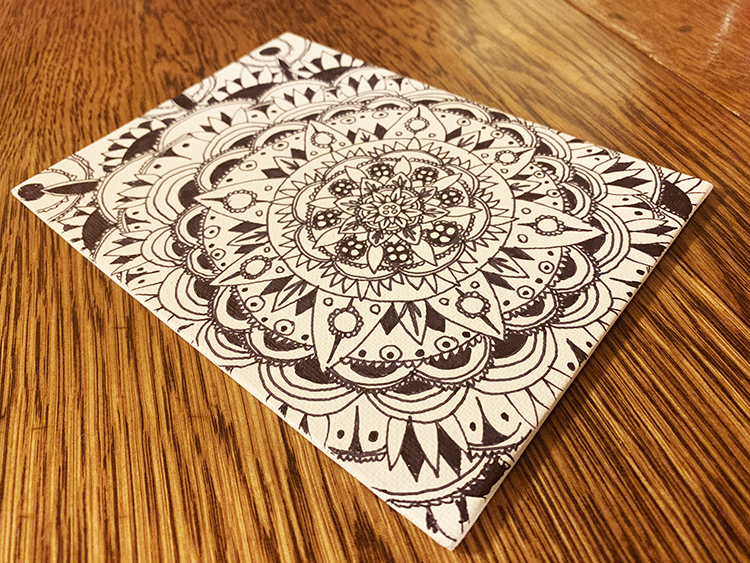 I didn’t make a big deal of it. It was just a doodle and not alot of time went into it but my mother-in-law, being a mother, was really sweet and wanted to leave it out when it was time to clean up at the end of the night. So it stayed out and she propped it up so people could see it. I didn’t object because it was only family and she seemed to like it. Just like that it became part of the scenery and kind of disappeared to me.

The next day there was a small party at the house. The party was both inside and out so with the traffic and open doors a bee made its way into the house. When the bee landed one of my family members, without hesitation, reached over, grabbed my drawing and smashed the bee with it. She just left the picture face down on the counter and walked away. I wanted to take a picture of the drawing with the smashed bee but there were alot of people around and it would have been awkward. I went back later but someone must have cleaned it up because the bee was gone.

Like I said, this isn’t a rant, just an observation. I suppose the same thing can be said about most things, a beautiful sunset, a star-filled night or rolling hills, all beautiful and maybe commented on briefly but we always move on. Perhaps that is just life… fleeting.