Home » Uncategorized » The Stars at Night are Big and Bright

I’ve been having problems sleeping. Not really sure what the cause is but I do know that it has really given me time to think of new projects. This is one of the things that I came up with while tossing and turning in the wee hours of the morning. I decided that if I couldn’t sleep, I might as well make something and this project was perfect for that. There was so much patience required. I started with making some new frames and staining them. 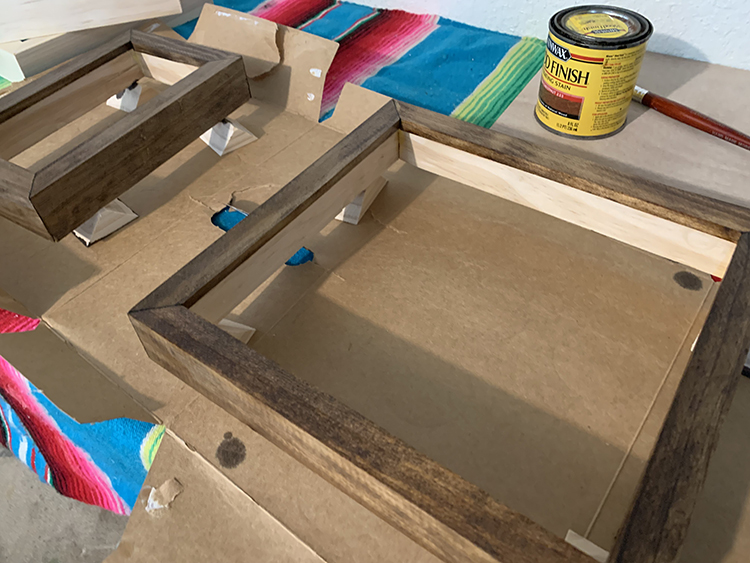 I did some sketching and started building the stars out of clay. Once I had them the right size and shape I had to bake them. While waiting for them to cure I knocked out a few beads for accents and had to bake them too. 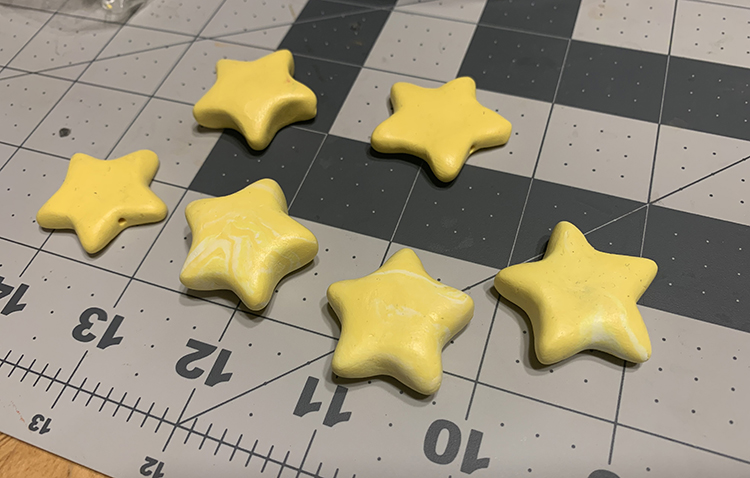 I strung everything together with fishing line, using super glue to position critical beads. I then drilled holes in the frame and glued the star-chains into place. Every glue spot required patience and time. The super glue was great once it set up but I had to patiently hold them in place for close to 5 minutes each. It was tedious. 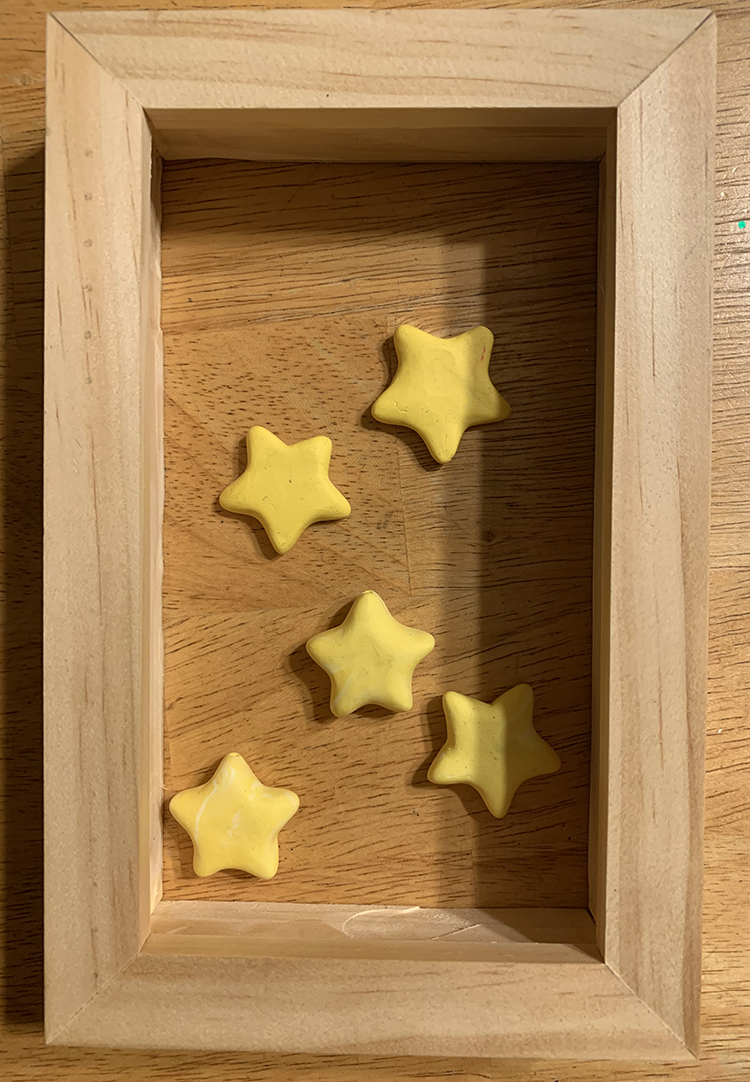 I originally wasn’t going to put a back on the frame but as I kept looking at the piece I felt it needed more contrast. So I grabbed an old board and my paints. 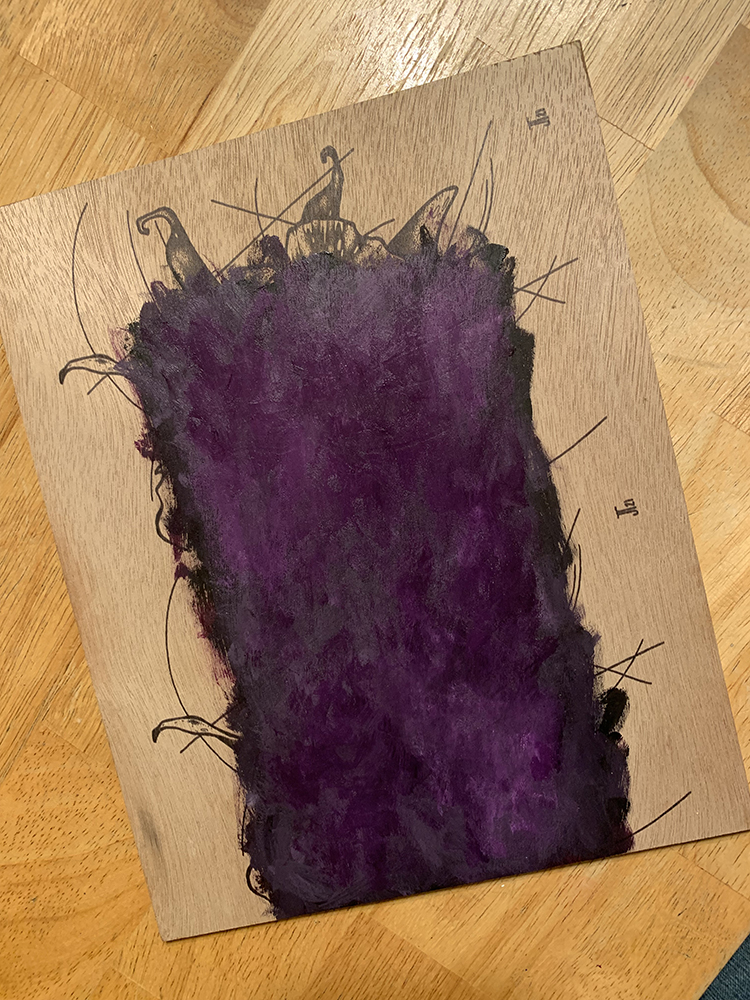 Finally I cut the backing out, glued it all together and painted the inside of the frame to match the backing. The final problem I had to deal with was how to hang it. Usually there is a lip on the back of the frame so I don’t have to worry about it but this posed two problems. The first was there was no lip. The backing board is flush with the back of the frame. The second problem was when I glued the stars in place I wasn’t planning on having a back so now they were laying against the backing board preventing any movement. I was a bit discouraged by this in all honesty. I liked the fact that they could move and sway, it was really the whole point of the piece. While holding it I realized that if I leaned it forward, ever so slightly, the stars would float just in front of the board. They couldn’t twist but they would sway of I blew on them. I found a hanger and screwed it to the top on the back. I then bent it just a little to keep the top just a little further away from the wall. 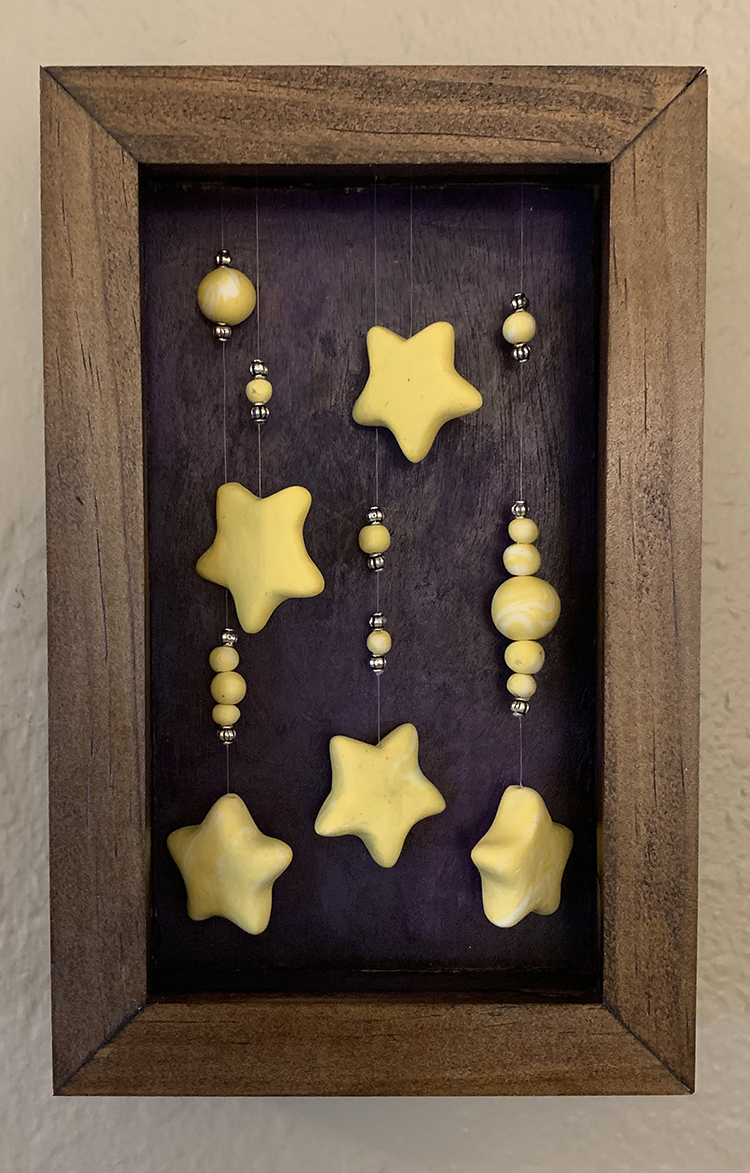 I am so happy with how this turned out. I’m starting to think I might have a problem because this is two things in a row that have turned out well and I really like. I might do something else along these lines but I’m not sure yet. I have a little piece I’d like to produce a few of, but with my router broken that has been put on pause. The good news on the router front is that Bosch has contacted me and offered to fix or replace it. That is so great but once again…patience.