Ok, so this isn’t exactly a recipe, or maybe it is I haven’t quite decided. The point is I made pizza. I made it from scratch. My dad gave me a tabletop mixer for Christmas and the first thing I thought was “Pizza!” I made dough at Pizza Hut all through college. It was a pretty decent gig. I went in early in the morning, made dough and then left. Most mornings I was still drunk from the night before. Awe, college. Anyway, I started researching dough recipies but my wife’s co-worker gave us a really great recipe as well as some pizza sauce to get started. We also ordered a pizza stone that her co-worker recommended.

I was really excited, yet nervous, about the process. I made the dough a few nights before and it went really smooth. The thing I was most worried about was the pizza stone. It doesn’t matter which pizza stone you look at, around 4% of the reviews complain about noxious smells and gasses being released when heating the stone. I was so worried that this would happen. I was really careful not to get any oil or soap on the stone before using it and I washed it a couple days ahead to insure it was thoroughly dry, but I was still worried. 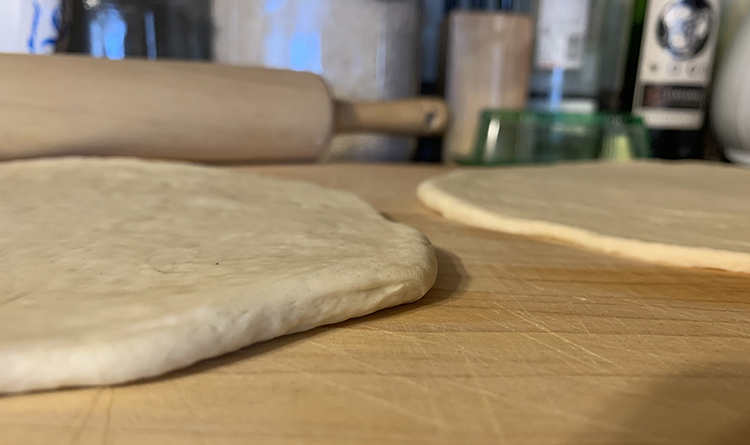 The night we decided to try it I loaded the stone into the oven and started the hour long heating process while I prepared the dough and toppings. The longer the stone heated the more the house began to stink. It wasn’t from the stone. It was from all the little bits of previous meals that had dripped onto the oven floor. It was so hot for so long that every little thing burnt away. My oven has never been cleaner. The stone never let off the stink so many had complained about.

I rolled out the dough and placed it on the peel. A peel is that oversized spatula that you always see them using to get pizzas in and out of an oven. I put some sauce, cheese, pepperoni and Italian sausage on the pizza and then added one more layer of cheese. I carefully slid the pizza onto the stone, closed the oven, started the timer and hoped for the best… 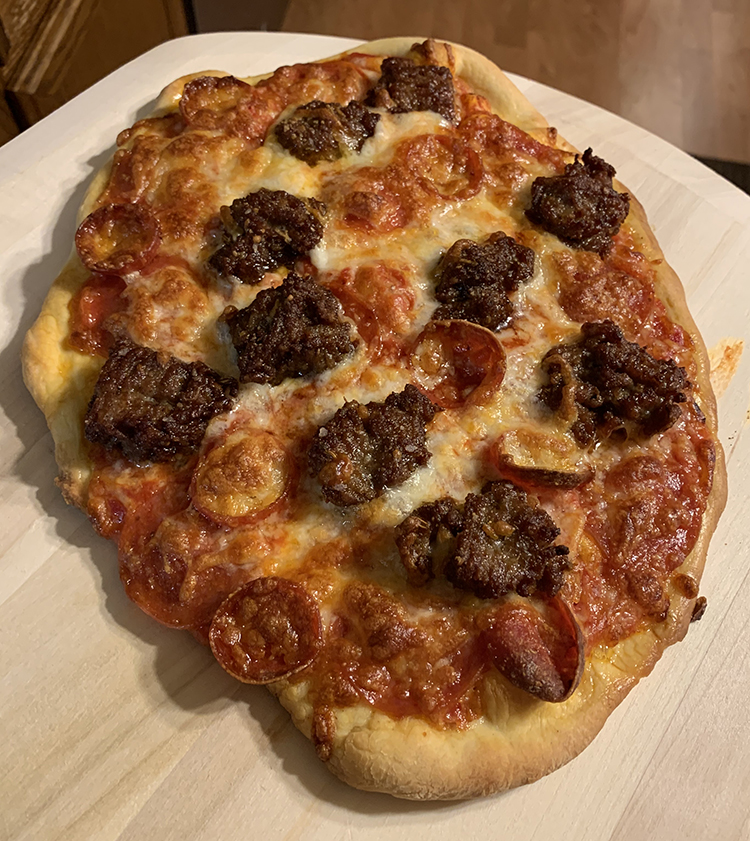 It was glorious. The crust was crispy on the bottom. Not under nor over-cooked. The cheese was golden brown. My girls loved it. It turned out so well, I could not be happier. So I made another one with fresh mozzarella and sundried tomatoes. About three quarters of the way though cooking I knew something was wrong. The house had started to become hazy. I cracked the oven to peak inside and was met with a face full of smoke. After rubbing my burning eyes for a moment I was able to see the mozzarella had slid right off the pizza and was now black and bulbous, framing a beautiful browned crust. Once the timer went off I carefully removed the pizza and looked in horror at what had happened to my new pizza stone. I closed the oven, turned it off and turned on the exhaust fan.

The pizza itself was great. The sundried tomatoes got a little dark but they weren’t burnt. We added some fresh basil and it was delicious. I had a hard time enjoying it though because I was sure I had ruined the stone. That really sucked because we were definitely going to make this again, which meant I was going to have to buy another stone. 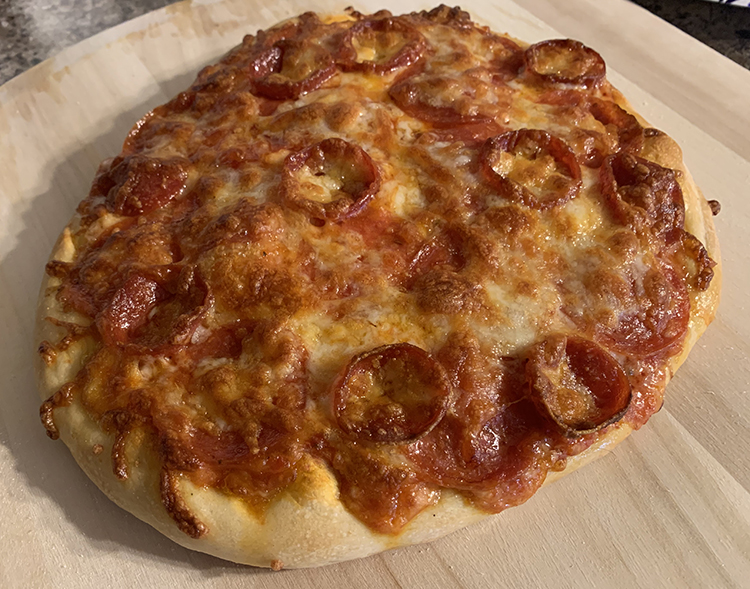 That night, after everyone had gone to sleep, I went to work attempting to save my stone. I scraped and scraped at the charcoal lumps that had fused themselves to the stone. I searched the internet for tips and settled on creating a baking soda paste to attack the stains. After close to 2 hours of work the stone still looked like a mess but I could run my hand across the surface and it felt relatively smooth. I decided the next day we would have pizza for lunch and assess the damage. The oven smoked for a little while but stopped after 30 minutes. We prepared our pizzas and they once again turned out great. No charred taste, nothing. The stains still look horrible but the pizzas are unaffected.

We have made a few more since then including a Mexican pizza that was amazing. I don’t know why I was intimidated by making pizza at home, especially with my prior experience at Pizza Hut, but I can finally say I can make a pretty mean homemade pie.