My wife grew up on pot roasts and casseroles. I grew up on fried chicken and homemade mac ‘n cheese. I still am not a fan of pot roasts. I think they turn out dry and bland, but in an attempt to be a good husband I decided I would try to get excited about beef roasts. I spent the last year working on making a beef roast that I wouldn’t mind eating.

I started the process by picking out a cut of meat that was affordable and commonly available. Something that I could experiment with but was consistent enough in its cut that I could make tweaks to my recipe and be able to tell a difference. After a few trips to the store I settled on an Eye of Round. The store I frequent has nearly the same cut every week. Same size and the same shape. So I settled on 2.5 lb hunk of meat. 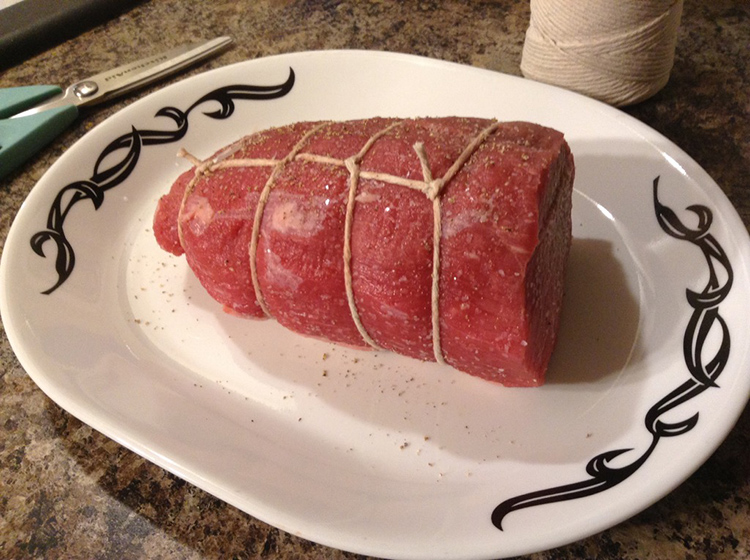 I then went about searching different methods for prep and settled on tying the roast in butcher’s twine and letting it sit in the fridge for a day or two before cooking. From what I’ve read this causes the meat’s juices to withdraw deep into the meat so it retains more during the cooking process. Honestly, I’m not sure if this is true but it does spread out the prep time which adds to the illusion of simplicity.

Deciding how I was going to cook this hunk of meat was what I spent the most time on. I hate crock pots. The only thing they are good for is keeping chili or cheesy dips warm. They are great for being lazy but horrible for the finished product. I knew there had to be a better way to cook the roast and after a few trials and errors I found that putting it on a raised pan and cooking it at a low temp was the best route to take. I then finish it off with a nice sear in a cast iron skillet. 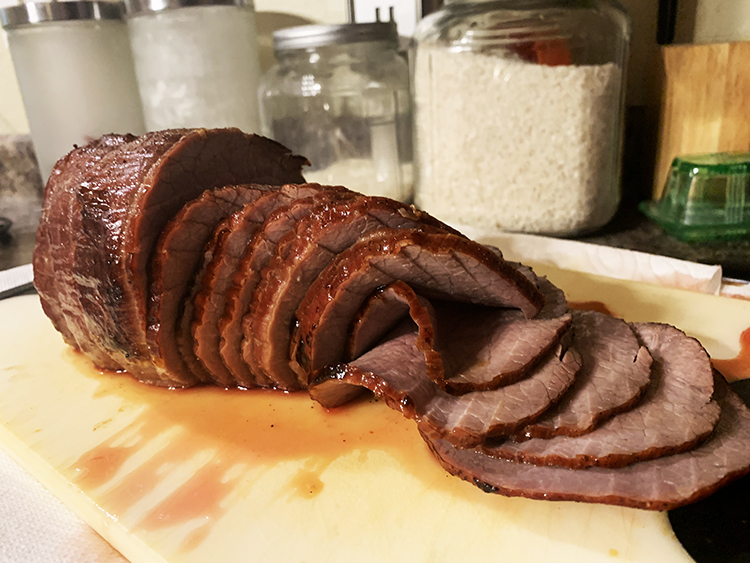 After a year of trial and error I came up with a process that results in a simple recipe that I can depend on and I actually enjoy from time to time. It isn’t the most flavorful (mostly due to the cut of meat) but it isn’t like eating shoe leather. Best of all my kids and wife love it. Now when the weather gets cold I look forward to adding this to the week’s menu. I really like making sandwiches out of the leftovers later in the week too. Prepared in the oven on a nice hoagie bun with some provolone cheese and a good giardiniera…Wooooohooo!