After just sitting around for a week I’ve come back and really gotten into it. What has really made this great is the time I’ve been spending with my daughter. My oldest is starting to have sleep problems. She comes by it honest, both her mom and I have trouble sleeping. Really, who doesn’t these days? She is also dealing with the issues of growing up. She has been really frustrated, so in an attempt to circumvent some of that frustration we have been drawing and talking. 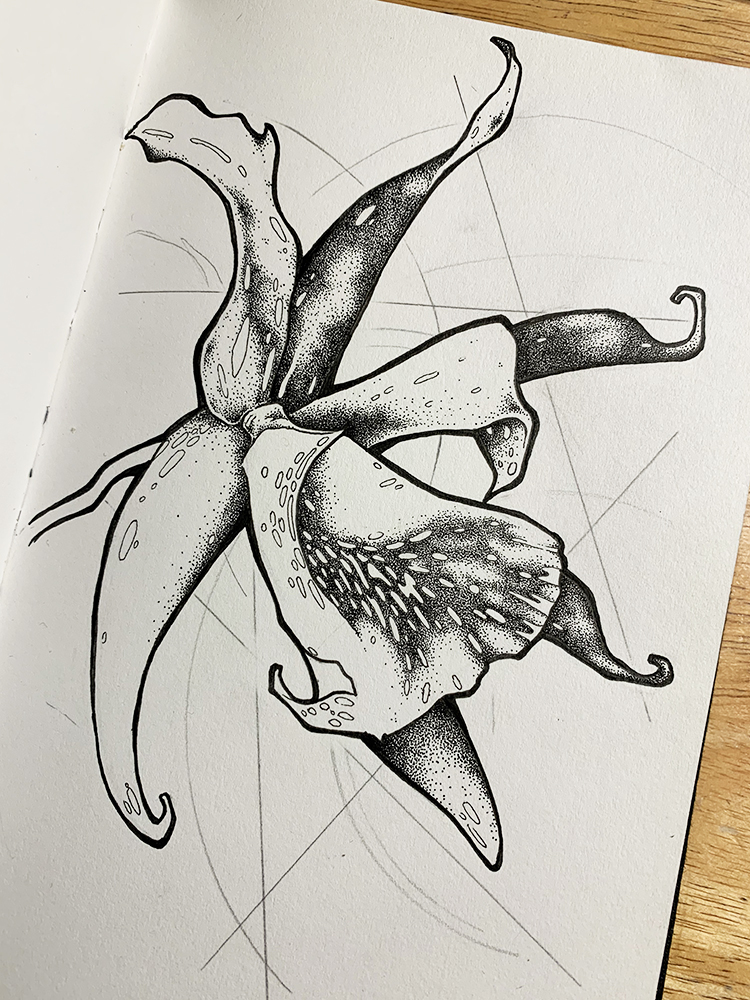 She has really started opening up to me and also working through some of her feelings and frustrations. Our drawing sessions are always low-key and we avoid screens. We stream some lo-fi beats and draw. I’ve been pushing her on her drawings and it has been paying off. She just did a drawing last night that she thought she was done with after about 15 minutes. I suggested she stick with it and keep working at it and an hour and a half later she proclaimed it the best drawing she had ever done. 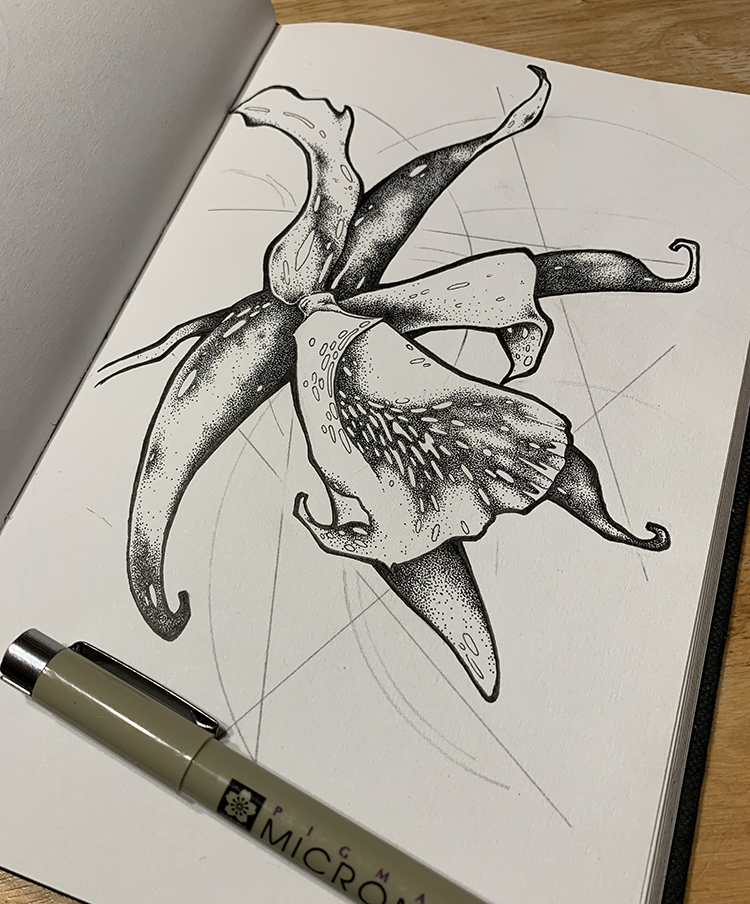 After a stretch of about 20 minutes of no talking and just drawing, she looked up to me and asked, “What do you think about when you draw? Because I don’t really think about anything.” I responded that that was kind of the point. To escape for a little while. To slow down and focus on something that doesn’t really matter. It is a kind of meditation. She rolled her eyes and went back to drawing.

So the orchid is coming along and I will probably finish it in the next week or so. I’ve been making progress on my other project too. That one has gotten to the point where I’m starting to see issues pop up that I am going to have to deal with. I hope it turns out. It is going to be a little challenging. 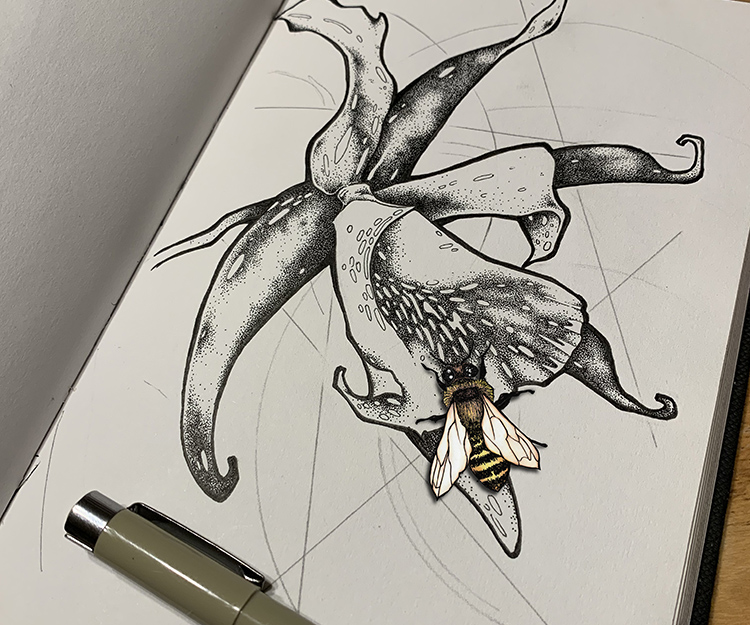 Art is a funny thing. I’ve been thinking about it alot lately. Mostly navel gazing so I’ll spare you the details but that is one of the things that’s great about it.