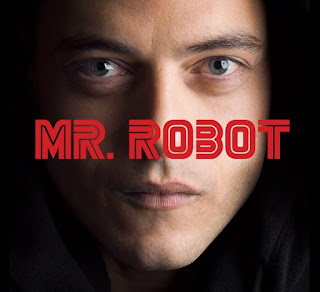 Have you ever watched a show and were completely blown away? I was so impressed by the first season of Mr Robot. Everything about it, from the cinematography to the acting, I fell in love with the show. The writing was spectacular. It had twists and turns, some of which were telegraphed a mile away and some that borrowed from other sources, but the writers handled it in a way that was fun. The actors played their roles wonderfully, especially Christian Slater who was as wonderful, charismatic and funny as he was in his early career. I was amazed that this was on basic cable though because some of the subject matter was very dark. I had some friends I could not recommend the show to because of it.

Now season 2 is about to debut and in all honesty I am a little worried. There was a level of brilliance in the first season that will be hard to match. I want to take a step back and rephrase that. The show isn’t one of the best things ever written. There are some serious plot holes and contrivances that fall apart when analyzed too critically but the writers strike a good balance of seriousness and fun that earns them a bit of leeway. The first season went all out so it will be interesting to see where they will go this season. I am leary about the new season but looking back I was leary about each and every episode. Hopefully they can continue the level of quality without overstepping or overestimating the goodwill they earned with the first.