Do you ever have one of those days where things just aren’t working out for you? It might be something mundane or even something you’ve practiced alot but for whatever reason it just isn’t working for you? That described my evening last night. My daughter and I spent the evening drawing… well… I should say I spent the evening erasing. After the marathon that the hawarthia became, I thought I’d just do some mindless/meditative drawing. I started 2 mandalas that quickly went south, actually the first one started ok but started crumbing the more effort I put into it. I managed to achieve the exact opposite effect that I was looking for. I tried to do some character studies…crap. Draw some trees…crap. Just some line work…ugh. 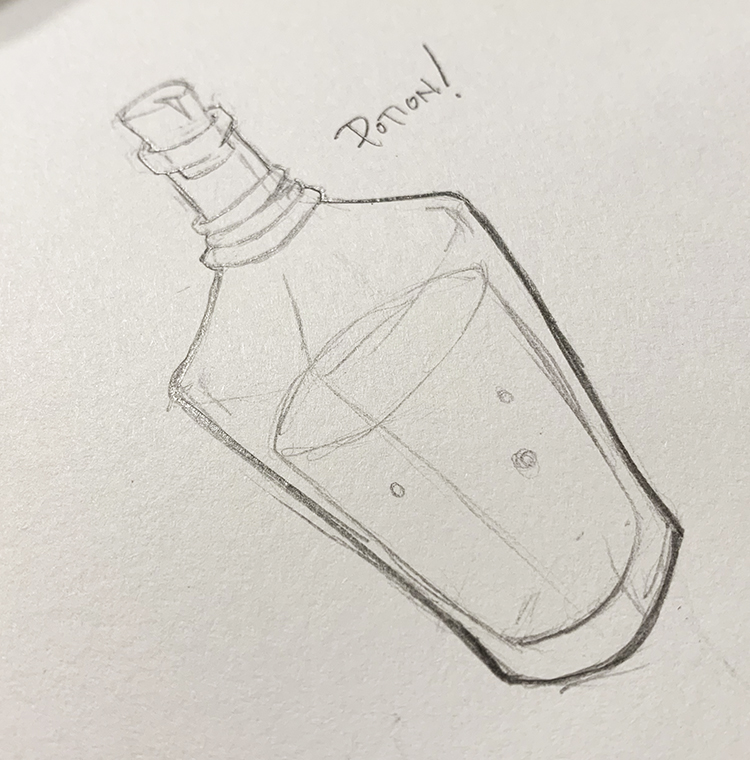 Finally I was drawing some simple shapes that morphed into at least one interesting bottle. The nice thing though was spending time with my daughter. She made a playlist to share what she has been listening to with me. There was a little too much Japanese Pop for my liking, and I could have lived without the Maroon 5, but overall it was a pretty solid mix.