Home » Uncategorized » How Bloody Dare You?!?

My youngest is a trip. She’s in elementary school. We’ve had to have a talk with her about accepting dares. A few months ago she pulled a Cool Hand Luke and decided to eat some hard boiled eggs at lunch. The eggs were really gross and, on top of that, she absolutely hates eggs. We found out about the dare because she promptly threw up shortly after the bet resulting in a call from the Nurse’s Office.

A couple days ago we picked her up from school and she was both relieved and exhausted. It was a little weird but we didn’t think much of it. Later during dinner she let us know about her day. From an early age she was able to pick up accents. It was the weirdest thing listening to her play with her dolls, shifting through Midwestern, Southern and British accents. Apparently before class started she took a bet where she would speak with a British accent for the day. She said she was only going to answer a few questions before dropping it but things got a little out of hand. She said she answered the teacher at roll call with the fake accent and another student piped up with, “That’s not your real voice…” 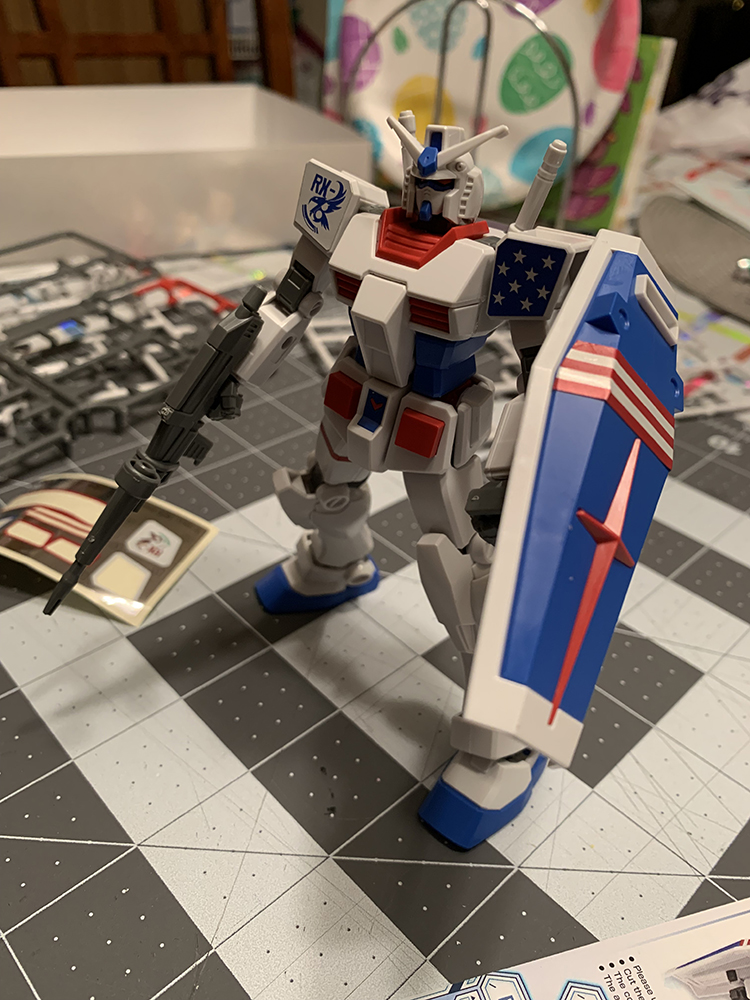 That would have been the end of the story but apparently the teacher stood up for her and told the kids about how some people speak different and we should embrace their differences. My daughter looked me right in the eye and said, “I had no choice at that point. I just hope she isn’t there tomorrow.”

Anyway, the Easter Bunny brought me a Gundam. This was an interesting one. It was the most simple kit on the market. I thought it was like the first two I started with but it was actually a step down from those. I’ve assembled enough to have a decent understanding of how they go together, the way their joints work and how they are engineered. This one is streamlined for simplicity. It only took about an hour to put together. It was interesting to see the shortcuts they made to save money and make building easier. It was fun and quick.