Nothing I hate more than when I get a call from my wife. That doesn’t sound good but it is true. She doesn’t really use her phone so if she is calling, it isn’t good. Last night I was taking my nephew home and my phone began to ring. Luckily no one was bleeding but there was a crisis. My youngest daughter was removing her headphones from her brand new tablet and the tip of the headphone plug broke off. It was stuck in the tablet. I was tasked with picking up supplies to fix it. You know those little straws used for mixing cream into your coffee? After some research, it turns out these are the primary tools for removing broken plugs. After visiting 3 different stores I found out that they are only available for religious institutions or 12 step program administrators, not the general public. Each store visit was accompanied by further frantic calls requesting more outlandish MacGuffins. Finally, frustrated, I just went home to assess the situation myself. 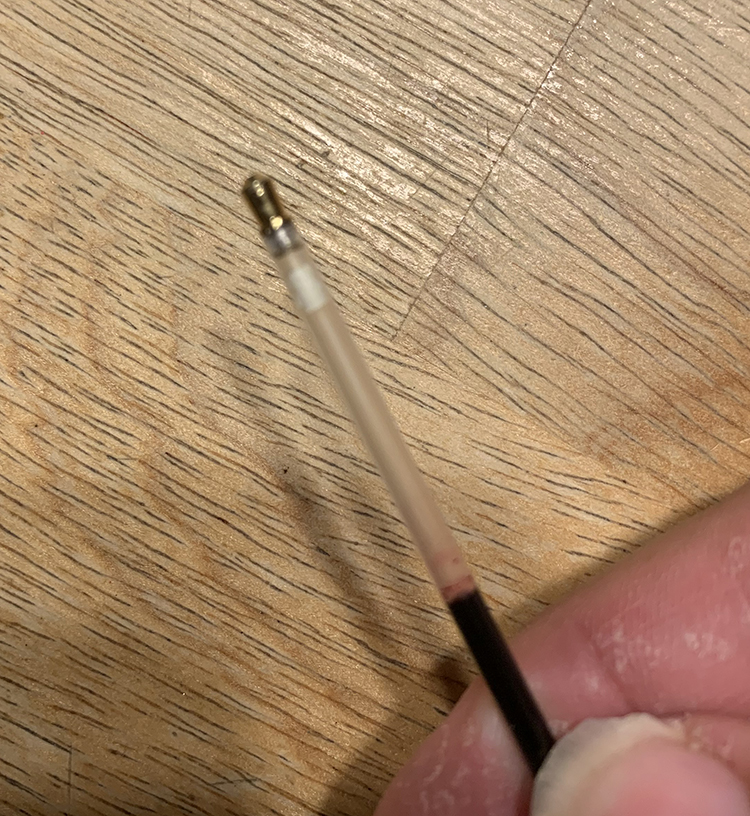 Sorry for the blurry picture, but I was able to remove the piece. I used the inside of an old ink pen. Took a couple tries because I was reluctant to use any glue but for my final successful attempt I carefully daubed the inside of the straw with super glue, using a toothpick. I pushed the straw into the jack and hoped it didn’t get stuck to the inside of the tablet. After a tense 15 minute wait I pulled the straw from the tablet with the end firmly glued in place. I waited a few more minutes, incase some glue was still in the hole, and then tested it. Total success, crisis averted.

So much for a peaceful evening. I didn’t make any progress on my sticker, which is a bummer because the night before I actually made quite a bit. Well maybe next week.