I want to preface this story by saying I got permission before doing it. This weekend we were invited to my wife’s boss’s house for dinner. We have had them over for dinner and we all get along well. Her boss is an amazing cook so I was really looking forward to the evening. As these things often go, I usually end up hanging out with her husband, just the two of us, shooting the breeze for a bit. He’s a great guy. One thing about him is he totally loves Phish. I am not the biggest fan of Phish. I do, however, know a lot about Phish for someone who doesn’t really like them. I lived with a house full of Phish Heads who spent years trying to get me to like their music. They ultimately failed but I can appreciate the band. This being the case, most of our conversations circle back to Phish. It is fun to dump on Phish every once in a while.

Anyway, the kids are done with school now. Summer is upon us so we made a trip to the craft store to get some supplies. My oldest decided it was going to be a friendship bracelet summer and got a huge kit that included beads and tons of string. When I was her age I was totally into friendship bracelets too. We were looking through the kids’ spoils when I off-handedly joked about making a friendship bracelet for my wife’s boss’s husband. Having already polished off a couple of beers I found this idea so absurd and silly I could not stop laughing. My wife thought the idea of it was hilarious too so I got to tying. 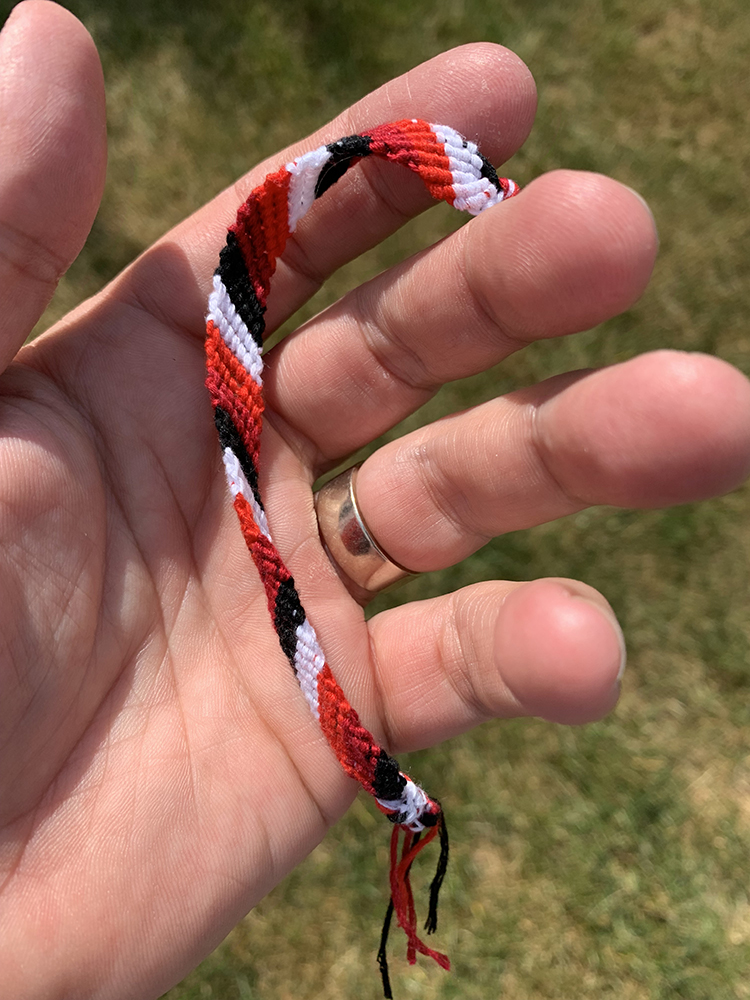 Turned out alright. I just hope it fits. We went over to their house and everything was great. Our kids played and we just hung out drinking Palomas, having a wonderful afternoon. When it was time to fire up the grill, her husband and I hung out on the patio, with a couple of beers, and grilled up the chicken and shrimp. She made a spicy Mexican rub that was really good. It was savory and a little spicy but it didn’t overpower the meat…so good. She also opted for chicken thighs instead of breasts which is always amazing. Back to the story at hand, after being out there chatting for a while there was a slight lull in the conversation. That was when I dug into my pocket and presented it to him with a, “Hey man, I made a little something for ya. Nothing big.”

I didn’t even hesitate, I smiled, said, “Ah man, don’t worry about it. I need a beer! You want one?” and then went inside to let him stew in the awkwardness for a few minutes. I’m not going to lie, it was just as weird and awkward as I had hoped. The bracelet didn’t come up again and we continued to have a wonderful evening. I am curious to know how things played out later. What was the conversation they had afterward? I’m assuming he brought it up to his wife later, but who knows? It was a really great evening with a silly little story tucked inside.