Finally got a chance to finish these up. I can’t help but tear it down a little. I focused a lot on the variegation in the leaves while drawing. I spent so much time building the layers to get just the right look. Unfortunately, most of that is lost in the final sticker. It didn’t turn out bad but not quite where I wanted it to be. 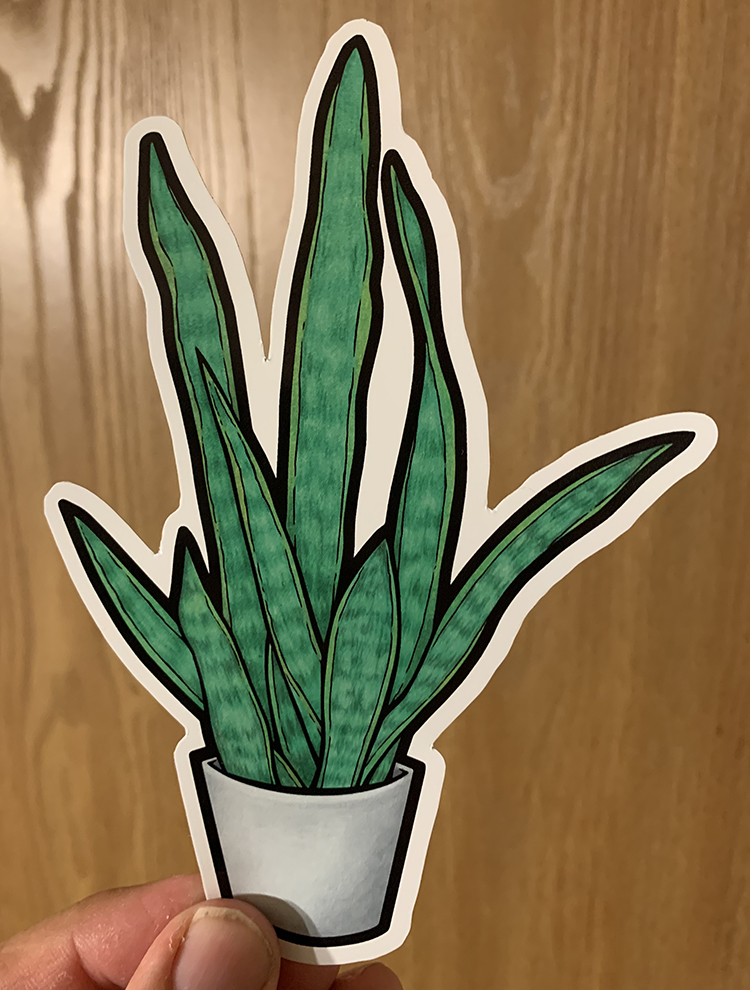 If I print more I might do some touch ups in Photoshop but in reality I don’t think I will be able to achieve the same effect on the printer. That is why even though I’m a little disappointed, I also can see that some of that is due to the reproduction. I know the old saying, “It’s a poor craftsman that blames his tools,” but you also need to use the right tool for the job. That is a problem that I sometimes run into at work. You can only do so much with CMYK inks. Looks like I am the irritating client with unreal expectations for once. 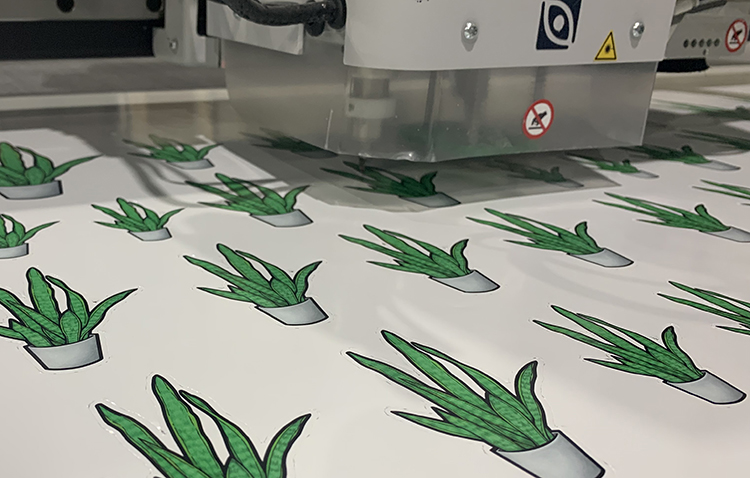 I will say, the short leaf in the front really turned out how I wanted it to though. Really, I can’t complain about the final sticker. It is time to move on to the next one. My last post was about a dinner with friends. This sticker was a result from a visit to a friend’s house too. She had a small snake plant that I took a bunch of pictures of. The patterns on this sticker were all derived from those pictures. I took some pictures while at dinner the other night of a small succulent that they had. I don’t think that will be my next drawing because it is a little too similar to this one but it will definitely be part of the final batch.