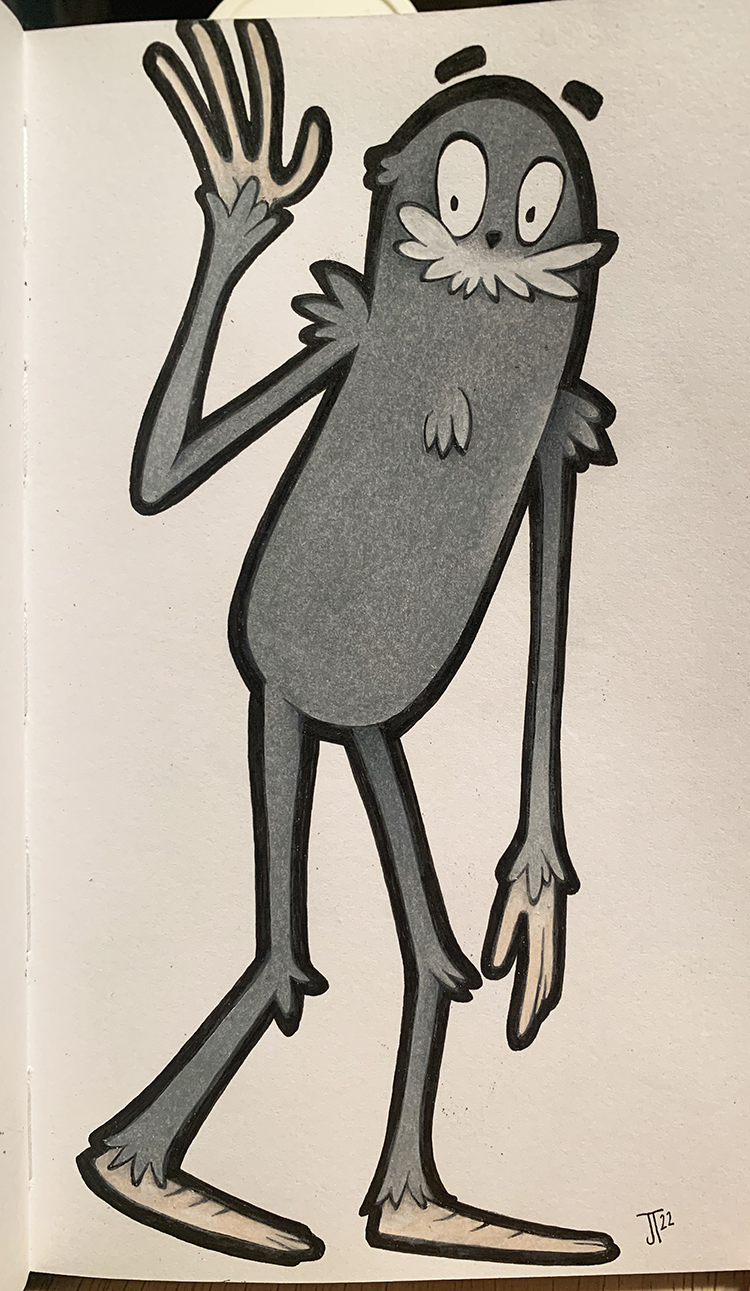 My kids had a passing obsession with the show We Bare Bears. They watched it constantly for about two weeks and then never wanted anything to do with it again. It’s a cute show. It’s about 3 bear brothers: a grizzly bear, a panda bear and a polar bear. One of the recurring side characters is Charlie. 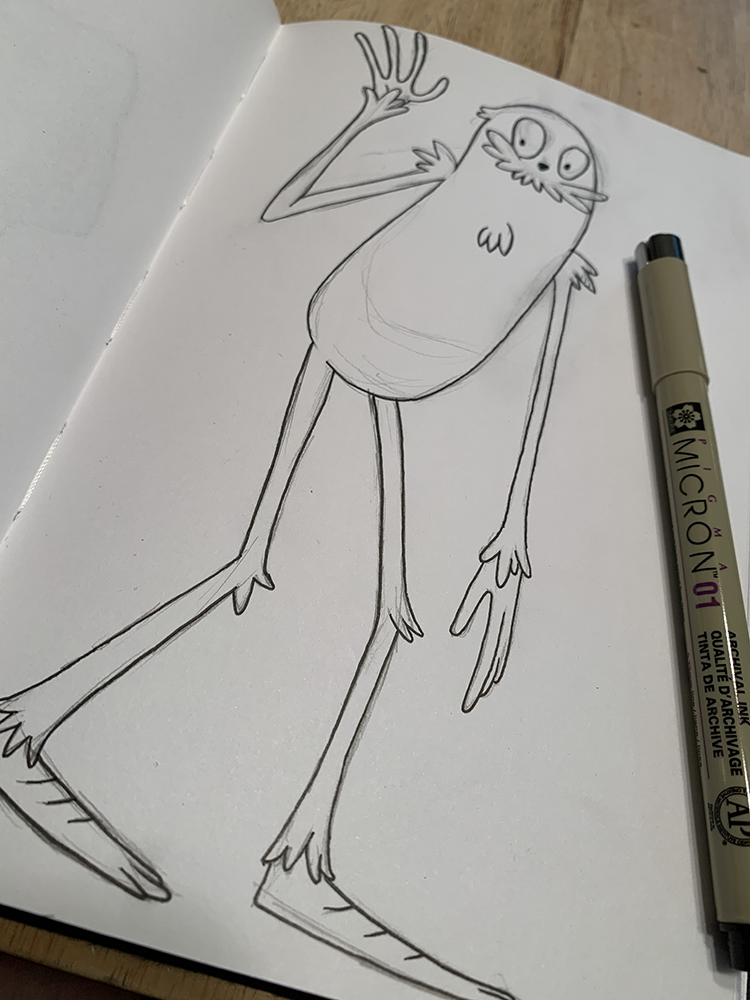 Charlie is a sasquatch, or big foot. He is a good natured fellow, even though he isn’t the brightest. I fell in love with the character as soon as I saw him. Turns out he is voiced by ex-professional skateboarder turned actor, Jason Lee. Once I found out that little tid-bit I liked the character design even more. 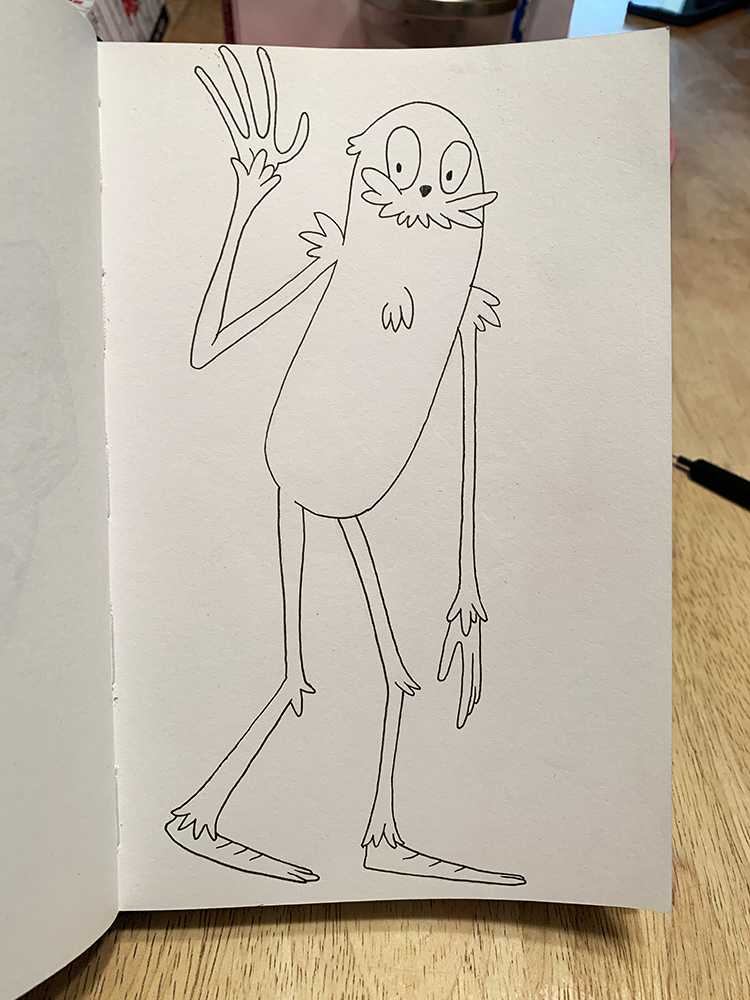 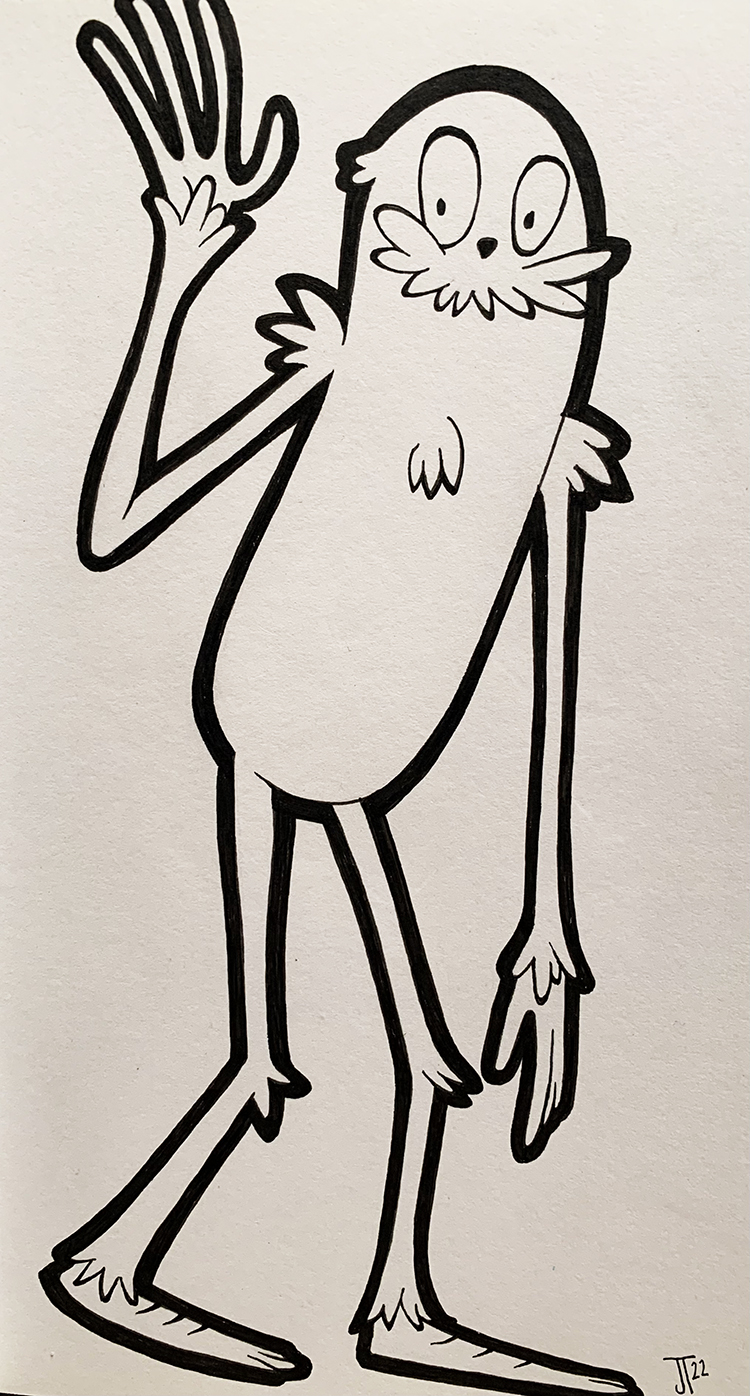 It also does a good job of coming across as a big foot. There are alot of big foot depictions and while this is a little like many others it also has a certain amount of uniqueness that I really appreciate. So much so, I had to do a drawing. I’m starting to rethink my sticker stance.