Still sticking with the Mario Bros theme. Unfortunately the late night drawing sessions with my daughter have come to an end. She thinks she can stay up late and promises to be good the next day but sometimes promises are hard to keep. After being in a terrible mood for an entire day, her mother said, “NO MORE!” 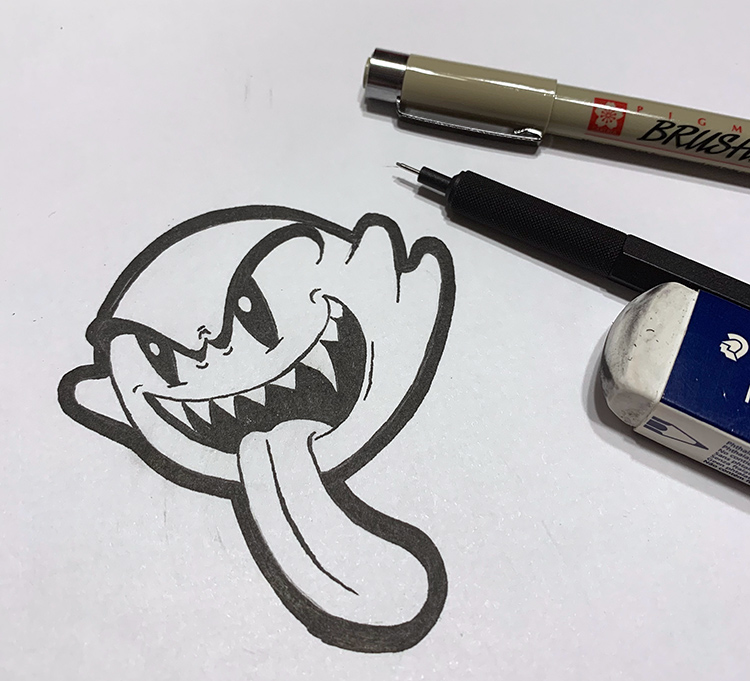 It is another process post. I’ve been practicing with a brush pen. It has been a process for sure. I don’t like the lack of control but I’m getting better with making nice sweeping lines. Regardless, here was the final ink. There is something about it that I don’t like. After spending some time thinking about it I think the top of the head doesn’t go up high enough and the lack of a nose is frustrating. I made a nice scan and went to work… 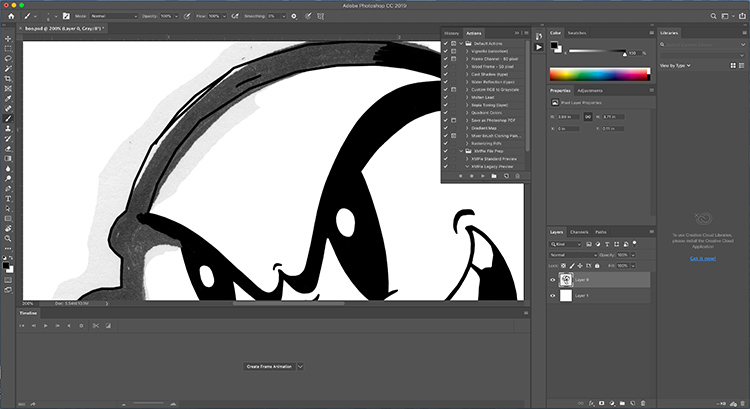 I usually don’t make alot of changes to the original drawing but I really wanted this to work out so I made an exception. I rounded things out a bit and cleaned up some of the forehead and smile wrinkles. After a bit of work I was left with a clean drawing but the lack of a nose still bothered me. 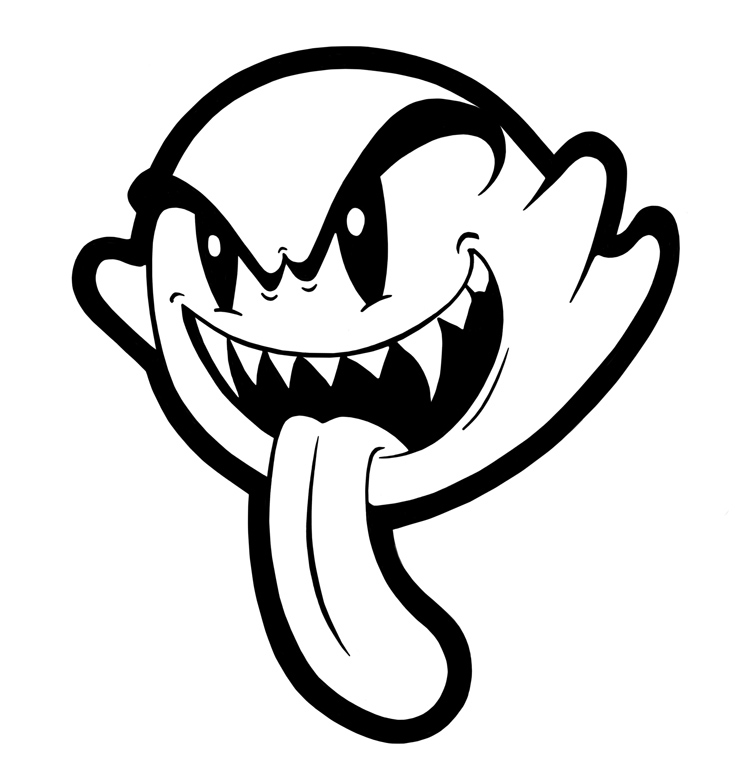 I did an initial coloring of it but all that really required any color was the tongue so I wasn’t happy with how it looked at all. At that point I preferred it black and white. That was when I decided to try something different. An idea that had been bouncing around in my head for years. I had tried it before to limited success but this sticker seemed like a good option for it. 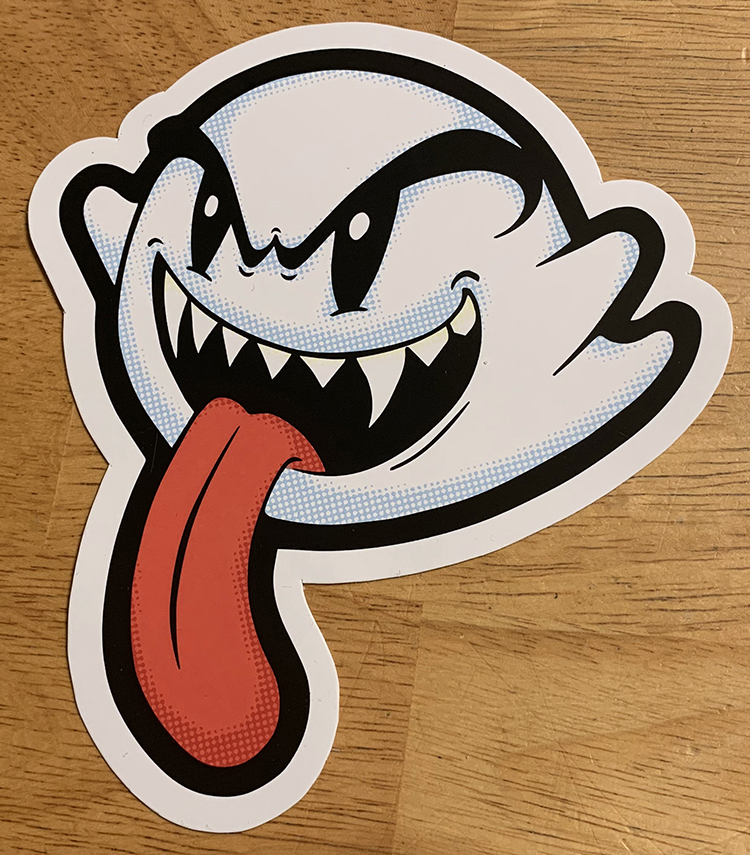 Halftone screens. I think I might need to knock it back a little but all-in-all I was happy with the result. I also quickly worked up a hiding version too. 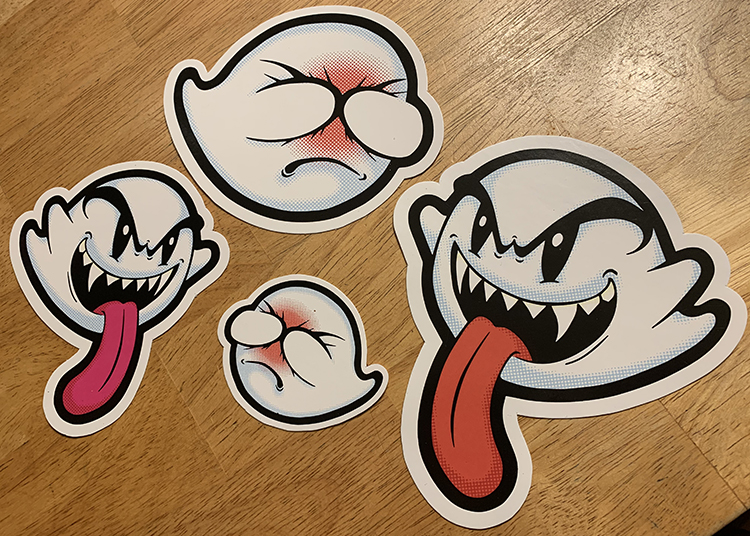 Made a few different sizes and I’m still experimenting with color but here they are. I’m planning on sending out a mailing in the next week or so, so tell your friends to sign up for the list and keep an eye on those mailboxes.